How will Rape Victims View The Courts After Vanderbilt?

If you have been following the news at all, you’ve likely heard about all of the cases that have been going on throughout the country, most of them surrounding university students. That being said, many rape victims were feeling abandoned all over the country, because they felt like they weren’t getting treated fairly or with any sort of respect.

During the middle of last week, 2 former football stars from Vanderbilt were actually charged for their sexual assault crimes. They were convicted, and the rape victims got the justice that they were seeking. This was definitely a big deal, because before this, athletes were often the least likely to get charged with such crimes, mainly due to the fact that their coaches wanted to keep them on their teams.

So, this court case opened a lot of doors and started to answer a lot of questions for people. People were watching the Nashville Court at this point, and when the conviction went through, eyes went back to all of the other cases that are sitting in queues. Will justice be served in the same exact way, or are we going to be looking at something that we’re going to have to wait on for a long while?

There are a lot of options as to what is next. One of the biggest changes that should happen regarding the law is that state and local courts should be utilized if these incidents happen on campus. In many cases, they were not, which is what started this whole mess. By requiring these crimes to be reported to authorities outside of the education system, it could help the whole situation from getting worse like it did.

Would this help to promote more safety on campuses? Hopefully. Many times, athletes and other “school stars” think that they can fly under the radar because of their status. In the future, it’s likely not going to be this way. So, not only will they be less likely to commit these crimes, but women should feel safer on their campuses as well. 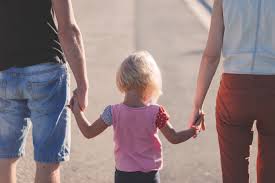